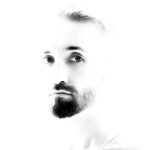 Emanuele Zallocco was born in Loreto 18th January 1984. Always passionate about nature, mountains and the environment around him and in 2011 he bought his first Reflex and in 2013 he founded The Marche Experience, one of the photographic landmarks of the Marche region. Over the years he has devoted his free time to photographing almost the whole Marche region and especially the hilly and mountainous landscape. Given the success of The Marche Experience and the website www.themarcheexperience.com, he organized in 2014, 2015 and 2016 various online photography contests and Regional photo exhibitions. In 2016 he founded the online magazine "The Marche Experience Collection". Between 2015 and 2016, he obtained some publications of international importance, such as Paris Match, and National such as repubblica.it and corriere.it. Currently he has been involved in several group exhibitions including one at Rocca di Sassocorvaro (PU) in conjunction with the "Premio Rotondi" and one in Urbino at the "DATA" for EXPO 2015. He is great lover of the Marche Region and he tries to represent it in his images giving his own interpretation to the lights and the shapes of a little known territory that deserves much more attention.